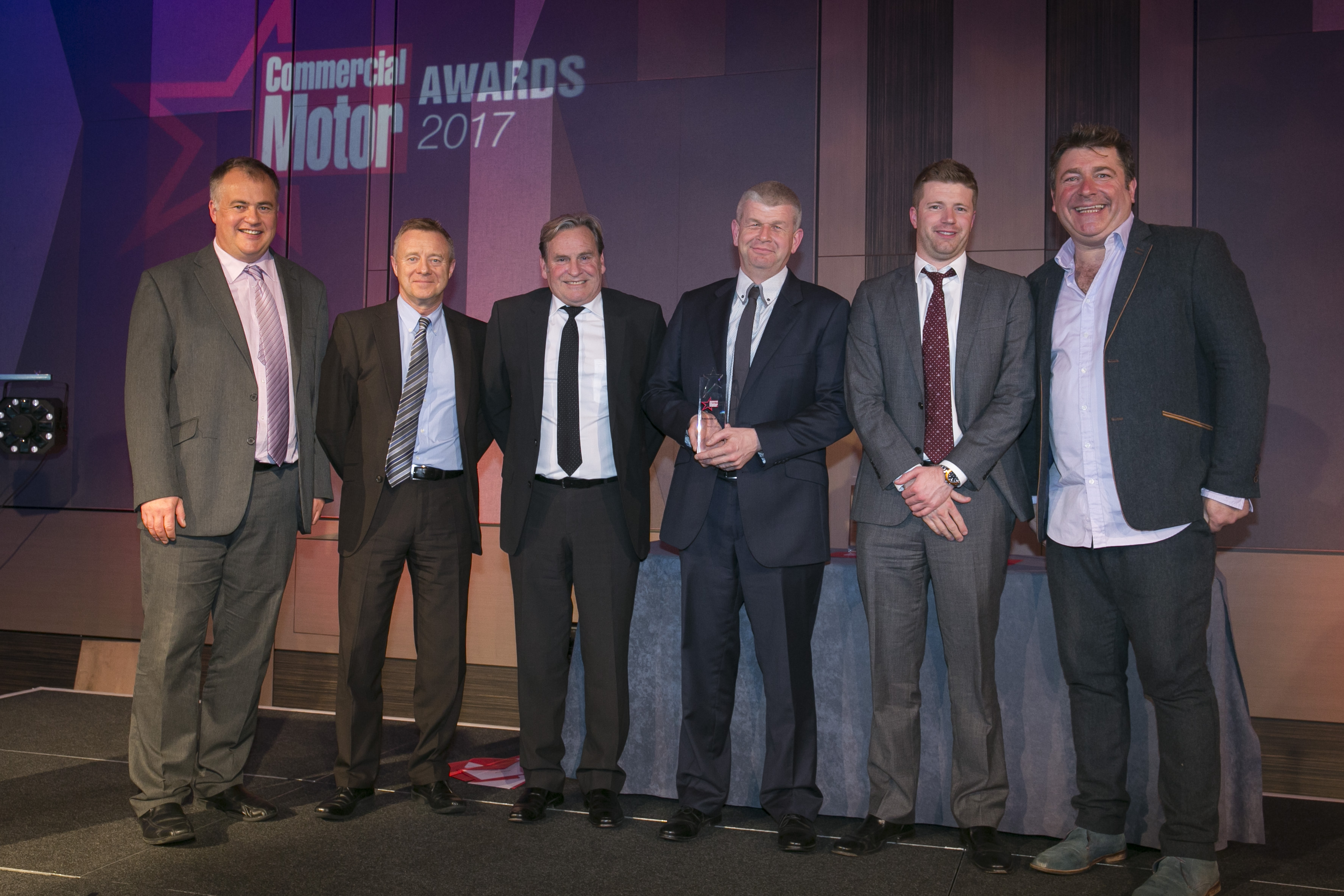 The fast-growing Bevan Group has become the first winner of a prestigious new award for commercial vehicle bodybuilders. Strong commitments to innovation and customer service were instrumental to its success.

Bevan’s achievement in landing Commercial Motor magazine’s inaugural Bodybuilder of the Year title set the seal on a memorable 2017, in which the West Midlands company also rounded off its 40th anniversary celebrations.

There were 12 categories at the 2017 Commercial Motor Awards, and the new one for Bodybuilder of the Year attracted more entries than any other. The winners were announced during a presentation dinner held at The Vox Centre, Birmingham.

Transport industry experts on the judging panel hailed the quality and breadth of Bevan’s submission, which was supported by an impressive case study based on the company’s flourishing partnership with infrastructure support service leader Amey.

Focusing on Bevan’s pioneering Sky Hook fall prevention system and Safe-T-Drop rails for dropside bodies, one judge commented: "The safety innovations are not only clever, but also offer great benefits for both employers and operators in order to work in a safe environment.”

Another hailed the company’s "excellent ongoing strategy for measuring retention,” noting: "Overall results show good levels of satisfaction and long-term relationships.” And a third highlighted Bevan’s "clear development of bespoke products”, which gave it an edge in the market. "Evidence of growth is clear to see,” said the judge.

Bevan Group Managing Director Anthony Bevan declared: "Commercial Motor is a highly influential trade publication, and essential reading for all those who work in the road transport sector. We are thrilled, therefore, to be its first Bodybuilder of the Year, and to bring this coveted trophy back to the Black Country.”

He continued: "This fantastic achievement underlines the quality not only of our products, but also of the highly professional and committed team I am privileged to lead. Every one of them has contributed, and they can all take pride in our success.”

The Bevan Group employs more than 300 people and operates from a new headquarters in Wednesbury, a second location in the town, and other production facilities in Halesowen, Oldbury, and St Helens, Merseyside.

The family-owned company manufactures more than 60 truck and van bodies each week, for some of the biggest names on UK roads. Its portfolio includes boxes, curtainsiders, tippers, dropsiders, and Lutons, as well as specialist products such as highways maintenance vehicles. Bevan’s Supertrucks division, meanwhile, is the UK’s leading producer of glass-carrying bodywork.

The Bevan ethos of ‘building better for longer’ means its bodies are recognised throughout the transport industry for their strength and robust built quality. These attributes translate into impressive durability and minimal downtime, as well as high residual values. The company also backs its products with market-leading, 36-month warranties.

In another important development this year, the Bevan Specialist Products team have relocated from their previous base in Stone, Staffordshire, to the A&R Vehicle Services site in Wednesbury. The fact that the entire production process can now be undertaken in the same building has delivered a 30% improvement in efficiency – two-man teams combining experience and youth now take just eight days to complete a body which, under the former, one man-one build regime, would have taken twelve.